in the Hotel Ganale in the heart of the city, near Dakar market. One of the most striking things there are the hundreds of stalls of African wood carvings. 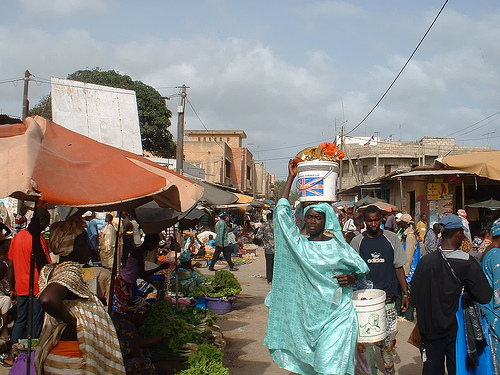 I bought some carved monkeys to bring home, so I did briefly own three "mahogany monkeys" before giving them all away. Actually, they probably weren't made of mahogany, more likely ebony, but that's just a bit of poetic licence. 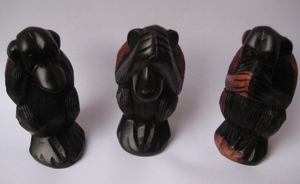 I like West African music, so when we asked Tom to join the band as a drummer we persuaded him to get a djembe to play on the acoustic sets... Maybe there's a little bit of Africa in our music.

We always used to get asked, when we were starting out, "...why Mahogany Monkey...?" In fact at one gig the compere said, "The wierdest band name I've ever heard..." It doesn't happen much now - after a while the name is just the band.

The name existed before the band. When the band first got together I told everyone, (me - autocratic?!)"...this is what we're going to be called..." (It's unique: I wanted zero hits on Google, so that "Mahogany Monkey" would top the search lists.)

So where did the idea come from? I used to play in a trio called "Mulberry Blue", and I wanted this new band to be something along those lines, but with a rock rhythm section, so heavier... Mulberry =>Mahogany... Definitely heavier...

The other link is Senegal. I'd been working in Dakar (helping to set up a climate and development journal called "Tiempo Afrique") and had been living